1.I was very disappointed not to be able to go to the jazz concert last Friday. The announcement in the paper said that you could buy tickets at the theater box office in Richland Hills any day between 10:00and 4:00. Since I work from 9 o’clock to 5:30, the only time I could go to the theater was during my 45-minute lunch break. Unfortunately, the theater is on the other side of the town, and the bus service between my office and Richland Hills is not very good. But if you are lucky, you can make the round trip in the 45 minutes.     Last Monday, I stood at the bus stop for fifteen minutes. By the time I saw one come around the corner, there was not enough time left to make the trip —- so I gave up and went back to office. The same thing happened on Tuesday, and again on Wednesday. On Thursday, my luck changed. I got on a bus right away and arrived at the theater in exactly twenty minutes. When I got there, however, I found a long line of people at the box office. I heard one man say he had been waiting in line for over an hour. Realizing I would not have enough time to wait in line, I caught the next bys and headed back across the town. By Friday I realized my only hope was to make the trip by taxi. It was expensive, but I felt it would be worth it to hear the concert. The trip by taxi only took 10 minutes, but it felt like an hour to me. When I got to the theater, I was relieved to see that nobody was waiting in line. The reason, I quickly discovered, was that they already sold all the tickets.
1). The writer of the story works ____________. A. in a big city    B. in a small town C.  in a town by the sea  D. on a farm,- 2). He is probably ___________. A. a worker   B. a college teacher C. manager of a company D. a clerk 3). Which of the following is true? A. He is very fond of jazz music B. He is fond of all kinds of music. C. He like classic music best.  D. He doesn’t care very much for music 4).  He learned __________ that there would be a concert last Friday. A. from his friends  B. from one of his colleagues C. over the radio D. from the newspaper 5). He could go and buy the ticket___________. A.  any day before work hours    B.  both before and after work hours C. only during lunch time  D. On Saturday and Sunday
【答案】：B||D||A||D||C

2.The world is not only hungry; it is also thirsty for water. This may seem strange to you, since nearly 75 percent of the earth’s surface is covered with water, but about 97 percent of this huge amount is seawater, or salt water. Man can only drink and use the other 3 percent— the fresh water that comes from rivers, lakes, underground and other sources. But, unfortunately, some of it has been polluted and is unfit for drinking.  However, as things stand today, this small amount of fresh water is still enough for us. But our need for water is increasing rapidly — almost day by day. Only if we take steps to deal with this problem now can we avoid a severe worldwide water shortage later on. So we all have to learn how to stop wasting our precious water.   One of the first steps we should take is to develop ways of reusing water. Today in most large cities water is used only once and then discharged. But it is possible to pipe water that has been used to a purifying plant, and then it can be used again.  But even if every large city purified and reused its water, we still would not have enough. Where could we turn next? Did I hear someone say “to the oceans?” I think that’s a possible solution. All we’d have to do is to remove the salt. This process is already in use in many parts of the world.
1). In the first line of the passage “ the world” means ________. A. people in general  B. all living things C. the earth D. the universe 2). According to the passage man can only use _________. A. nearly 75% of the earth’s water B. about 97% of the earth’s water. C. exactly 3% of the earth’s water. D. less that 3% of the earth’s water. 3).  All the fresh water_________. A.  is good enough to be used B. is polluted and can’t be drunk. C. can not be used by man, as some of it has been polluted. D. comes from oceans, rivers and lakes 4).  Which of the following statements can not explain why we are not able to use all of the earth’s water? A.  Only a small percentage of it is fit for drinking. B. Some if it has been polluted. C.  About 97 percent of it is seawater. D. Fresh water is still enough for us today. 5). At present the supply of fresh water_________. A. is far from enough for us to use. B. has been already a severe worldwide problem. C. is just sufficient for us to live on for the time being, but our need is increasing day by day. D. is still rich enough.
【答案】：A||C||B||D||A

16.580zuoye.com原创发布It’s surprising that this innocent-looking person should have __ such a crime.
A. committed B.  acted  C. convicted D.  performed
【答案】：微信：请扫二维码

17.Her wide ________ of the newspaper world enabled her to make a success of her job as a sub-editor.
A. experiment B. experience C. career D. profession
【答案】：微信：请扫二维码 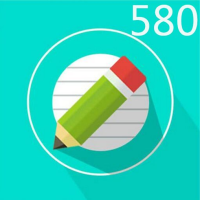